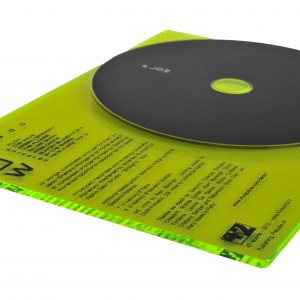 The deluxe version of the EP also released by 24 for free download, including four more songs and a spectacular new packaging, created exclusively for 42 Records. Off with the jewel cases and digipacks: the CD comes to you in a minimal, stylish form that fits Dedo’s music to a T. An original mix of shoegaze, ambient and electronica that does not shy away from veering into pop territory by harking back to the halcyon days of the Madchester scene.

Dedo is the alias of Stefano Panzera, previously known for his work as remixer for Port-Royal and many others, he has also released an album (“Solar Day”) for 9.12 Records. Avalaible on iTunes.